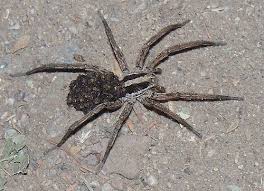 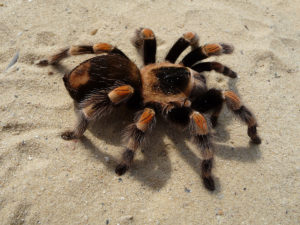 These are large and hairy spiders. Already feeling disgusted and scared? Mutual feels. Anyway, moving on, they are found outdoors, mostly. They are brown in appearance and are about 5 inches in size. They possess mild venom.

They will only bite you when they feel susceptible. If you are going to make someone feel threatened by your presence, like throwing stuff at them or any other way that you use to tackle these kinds of a situation then, without a doubt, they will show a response in order to save themselves. I would not blame them for this since it is the right of any creature. Be it human or a spider. So, how do they respond to a threat? They tend to throw their hair, which I must tell you, are the most annoying thing and will trigger an allergic reaction if they then reach your face part. The eyes, the mouth or the nose.  So, watch out for these kinds of behavior. Read the full article to know the methods to tackle spiders.

There is one aspect that makes them worth having at home. That being the passive behavior to prey on countless unneeded and unwanted insects. This trait makes them beneficial to the house owners. They are not so bad, after all. 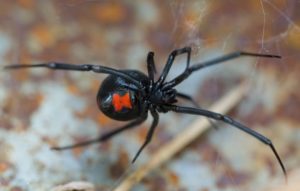 After Tarantulas, a black window is the dangerous one and people in America fear these tiny creatures the most.

The female one delivers a very intoxicating venom. However, deaths by this venom are unlikely but they do cause serious illness in humans.

Black Windows are not even 1 inch in size. They are about 0.75 inches in size.

The female is recognized as a red hourglass shape with a black shiny body.

Black windows can be found close to the ground or in the corners of the floor or even home foundations. Under stone and beneath shrubs are other few places to name where these black windows are found. 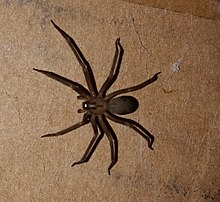 They are smaller than the black windows. They are about 0.25 to 0.75 inches in size. Their back bodies resemble a violin with brown–colored in appearance as their name implies that.

Brown recluse prefers to be in a place where they would not be disturbed by. Their favorite places are closets, garages, rock gardens and woodpiles. 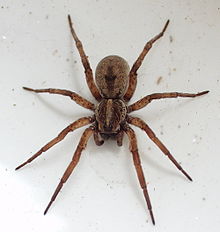 These are the ones that look scary the most. However, wolf spiders can be used in that expression “Barking dog doesn’t bite” as they are the least aggressive ones towards the human despite their threatening outer appearances.

Their venom is not harmful to cause any sort of severe response to all most all human beings.

Wolf spiders have a very distinctive arrangement on their backs with brown and gray colors.

Wolf spiders can be found nearby a water source. However, that’s not the only place they will be found. They will be found roaming around indoors to search for food, water or even a mate. I say that is a basic behavior that can be expected from all creatures. 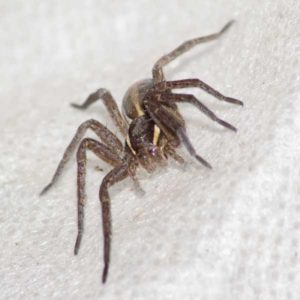 House spiders venom are not that dangerous and very little harm comes to the human. They will bite when they feel like they are in some sort of danger otherwise not. Their bites heal quickly so that’s a plus point.

These are just a few of the types of Arizona spiders. There are many other types but those are not that common.

Now, let move ono the useful approaches that will help prevent any sort of spider from entering into your household in order to find food, shelter or mate. Follow the steps below for a spider-free zone.

Also, Read Spiders in Georgia – Everything You Need to Know

These are some of the approaches that can help prevent spider’s contact at all times.

No food, no greed for spiders to let in on your property. They come to your property to get food. The basic need. If no food is found in the yard, no spider incoming.

This can be done by keeping the lights off in your yard at night, decrease the amount of moisture in you your area as well as shade in your premise. Apart from that, keep the trash out or in sealed containers.

Since most of the spiders like to hide out in the brush piles or organic clutter, decreases harborage will help you with spiders incoming.

Spiders can be found in holes as well. So, best to check out the holes and reduces dark cavities.

Spiders are not as dangerous as they pose to be. However, if provoked to a level where they feel threatened, they will attack and that will not just be unpleasant but dangerous as well. Proper precautions must be taken as a priority to avoid unpleasant events from happening as well as unwelcome guests from entering.