Have you ever crossed mice in a pet store and adored it from a distance? The tiny creatures that look so innocent from a distance are not so innocent at all. They can be dangerous to your health so best is to avoid them. Most probably, house mouse and deer mouse are the ones that you’re likely to encounter in your house. House mouse and deer mouse are almost identical in appearance but these two belong to two different families and require dissimilar pest control.

Keep reading the article in order to know the slight difference in appearance among the house mouse and deer mouse. In addition to that, their danger to humans as well as how to get rid of them for the sake of your own well-being. You will be enlightened as to why they can be dangerous to your health and the possible ways to make them escape your house. 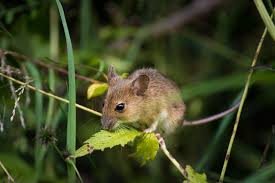 As the name suggests, they are mostly found in the houses, or near houses. Imagine, a tiny creature running here and there, across the room to the kitchen to the next room without your permission and at a speed that you will hardly catch more than a glimpse. Scary, right? It’s more like an unwanted presence. Something similar to what they show in horror movies.

Apart from living in the houses of humans, they might be found on woodlands. They are travelers and explorers.

Talking about their appearance, they have a lighter color on their bellies as compared to the entire body. Their color is gray, black and even light brown. They can be around 2.5 to 3.2 inches long.

Not only that they have hair on their tails. In addition to that, they have small eyes and large ears. Due to that, they can hear higher frequencies. Higher than a human can. Talking about their nose, that’s their especially or say superpower. They smell food so well. Therefore, they can smell the food you’re cooking, eating or have in store from far across.

How are house mice so unsafe and a hazard to human health?

House mice tend to bring small bugs into your homes that can result in a much bigger problem for you and for the entire family. The kind of bugs they let in with them are fleas and lice. These a just few to name.

Things get scarier here, house mice carry salmonella and several other bacteria’s as well. Meaning, they are a transmitter of more harmful diseases and can even damage your house insulation and drywall. 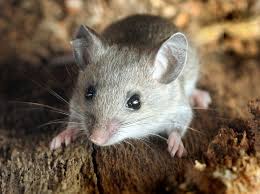 The first thing to notice about the deer mice is the presence of large and dark eyes. They are much huge than the size of house mice. In addition, to that, they have white bellies and big ears. Unlike house mice, their tails are hairless. They have gray backs but they can be black in color as well.

Deer mouse is usually about 3 to 4 inches long. Like, house mice, they have good vision and smelling powers.

Also, they are nocturnal. That means that you will likely see them in the night times. It is not plausible for you to see them during day times.

They prefer woodlands. They can be found in hollow trees or nests underground.

Deer mice feel the cold and they prefer to escape the cold by entering your house in order to avoid the cold weather.

How are deer mice so unsafe and a hazard to human health?

Even though they are small creatures but they do carry viruses and bacteria that can lead to humans in jeopardy that makes them extremely dangerous. The diseases can be Lyme disease or Hantavirus pulmonary syndrome.

Not that I want to scare you but this part gets creepier. They don’t even have to be in contact with you to transmit the disease. You get the disease just by touching their waste or saliva. You are absolutely not doing that intentionally but even unintentionally, things can get bad for you if you don’t get rid of them as soon as possible.

Apart from your health, which is not the only thing they tend to harm, they pose a threat to your furniture and electrical wiring as well. They can have lit a fire in your home. Imagine, the intensity of danger these tiny things can put you in.

Three ways you can keep the mice out of our house.

1.Seal away the entrances and cracks.

No entrance, no mouse and so no danger. You can do that by fixing all the cracks in windows or doors and keep your entrance closed at all most all times.

This has to be the most important one though. Make sure to clean your house regularly. Apart from that, her what you can do to take extra good care

It’s best to get rid of all the extra and old furniture in your garage, basement or store. Since it can be the perfect home for the mice and you don’t want that.

Mice like to make nests in the pile off magazines, newspaper and identical items so don’t create piles of such things

If you the kind of person that makes the mess of their clothes in the entire room then my friend, you are in danger. Since it’s one of the good places for a mouse to make a nest and lay there. To avoid that, try storing your clothes properly in your cupboards.

Not only that don’t leave your food in the open. That’s the thing that attracts the most.

Last but not least, call the nearest pest control in order to get rid of them. They might have dealt with the stubborn mouse’s and will know the best tricks that work on them in order to make them escape your house and house premises.

As much as this little creature can be look appealing to eyes in a pet shop, they are far more dangerous to human health. Human behavior and their carelessness can lead to mouse taking shelter and planning the rest of their lives in that particular house. Preventing the stay of the mouse is secondary to preventing their entrance. If proper precautions are not taken at the right time, the thing will get difficult.