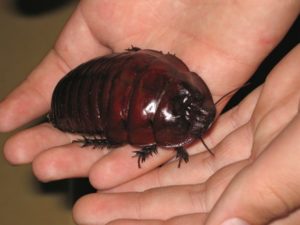 Palmetto bugs, a name that instantly brings fear into our minds are basically a species of cockroaches that are found under palmetto leaves in South Carolina; however, not all bugs are palmettos that live under these palm trees. This can be found in the Southeastern United States which is why they are called the American cockroach. They have 6 legs, 2 antennae, and wings which they normally use during hot summer weather. For sensing and touching objects nearby, they have tactile spines all over their legs. Although Palmetto bugs live in areas that are moist, like sewers or basement area, these cockroaches tend to make their ways into residential homes of which many can also be infected with dangerous infections.

According to research, around 25 to 300 million Americans living in Florida especially have respiratory illnesses, like Asthma and severe allergic reactions that are aggravated by these palmetto bugs when they make contact with the human body. This is possible through bugs crawling on the human skin as they don’t usually bite, but when they do, it is near the eye or mouth area that swells up due to the infection spreading through bites. They carry around 33 different types of bacteria and 6 parasitic worms that can infect the humans.

Where Can Palmetto Bugs Be Found In Residential Areas

These American cockroaches are usually found in natural environments under palmetto palm trees on the exotic beaches of Southwest Carolina, but they might even start liking to live in residential areas if given the same environment as their natural habitat.

Since these bugs are living in moist areas; they make their way through dirty bacterial sewages reaching up to the toilet, attic area or the drainage system in the kitchen and backyards. They are found to be spread all over the food preparing areas, dishwashing areas, the pantry area inside the kitchen and the sink area inside toilets by laying eggs all over the places. The worst part is that they can chew onto any surface, such as wooden or paper material and even food items if they are out of food resources.

While many cockroaches are harmless as they only like to crawl over humans, they tend to get hungry soon and even bite humans. Likewise, it gets worse if they are carrying parasites or bacteria inside their bodies. At times, people are lucky enough to spot a cockroach immediately and smash it right at the spot, and after that, a foul smell is sensed, it is because they are carriers of deadly bacterial parasites.

Hence, it is suggested to opt for pest control services at least 1-2 times a year to avoid the spreading of palmetto bugs inside the house.

This is the reason why it is suggested to opt for pest control services at least 1-2 times a year to avoid the spreading of palmetto bugs inside the house.

How One Can Prevent Them From Entering Homes:

There are many precautions and measures that one may take to prevent cockroaches from entering the residential areas, such as:

Keeping the trash for delayed periods, especially rotten food leftovers or other wet trash should immediately be disposed of a way to avoid the growth of bacteria and foul smell. As for cleaning, vacuuming or wiping the floors clean should be done regularly in the rooms from corner to corner to remove small particles from the floor that would attract cockroaches to feed on it.

There can be some cracks left open for palmetto bugs to enter through walls or sewers where the lids are left misplaced. One must ensure that they are properly sealed with wall tapes and the lids are placed over the opening without leaving out space for cockroaches to enter.

Do not leave out dirty dishes next to the sink area:

Dish-washing can be a hectic process which is why most people leave them to stay over the sink area for a while or even over-night before they wash it. One must at least leave the dishes in soapy water until washed to let all the dirt come out from the dishes and utensils so that cockroaches don’t get a chance to crawl over them and spread bacteria.

Sometimes, one forgets to cover food items that are left on the table after having meals throughout the day. This gives leverage to cockroaches to feed on them and leave their dirty footprints which likely results in the person consuming the food after and falling ill. Make sure that food is either covered with a plate or kept into air-tight jars or inside the fridge to keep it away from bugs.

Get yearly pest control services done inside the house:

If palmetto bugs are rapidly increasing in number inside your house and there is no way you can prevent them from increasing, then get a pest control done in each and every room of the house especially the kitchen and bathroom areas once or twice a year this is the best option to go for. This will not just kill cockroaches, but all types of insects that find a place for themselves to live inside the house.

When to Become Alarmed for Palmetto Bug’s Arrival:

It is safe to say that during winters, these cockroaches do not bother much by flying around the residential areas as they are rarely ever seen flying in cooler temperatures. However, there is still dampness in the atmosphere and the houses are kept warm with heaters, so keeping an eye out and maintaining a house free of openings and leftover food in the open air is much preferable.

With all the above description of palmetto bugs, it can be concluded that they are just tropical creatures at the end of the day and only bother humans if they allow areas inside their houses to welcome them by keeping it dirty and letting them reside and feed on the leftovers found in rooms.