Summer season comes with insects, and Praying Mantis is one of the insects. You can quickly identify them in your houses, gardens, and back yards. If you are worried about them, then you have come to the right place. Let me explain about this fierce predator and some if its ways to bit. If you want to get most out of it read this article till the end. Here’s what you need to know about Praying Mantis Bite. 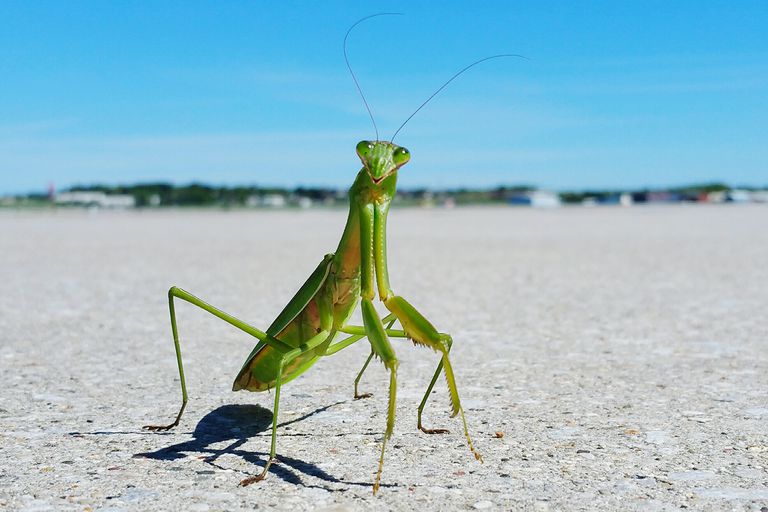 Praying mantis is one of the most abundant non-aggressive carnivorous insects. Its front two legs make it deadly insect on the planet. A mantis has a triangular head and two antennas on it. Through with its head, a mantis can turn its head up to 180 degrees with a long neck. It has two round eyes that have a high ability to locate and capture its prey. Its body color is typically green or brown and looks like a leaf. It comes with six legs, two front legs are close enough in an upright position that looks like it is praying, and hence its name is Praying Mantis. Through its front two legs, it can quickly catch the prey and other four legs for walking, climbing, and leaping. 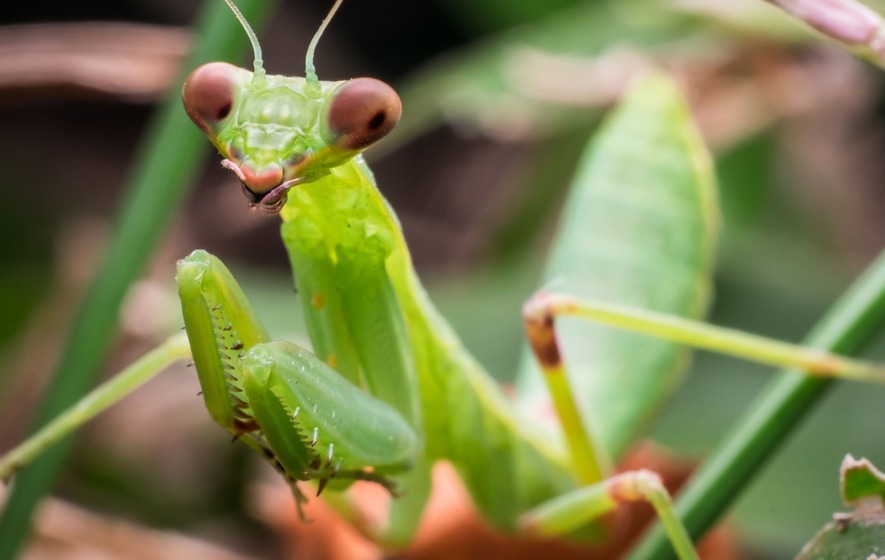 Mantis usually lives from the spring into fall. The tiny mantis is similar to an adult mantis but without wings. It hatches from an egg sack in warm weather. As it grows, it molts, and change its skin more six to seven times to adulthood. The male and female are engaged in a ritualistic courtship dance, like stoking each other fondly with each other antennas and finally mate. The male mantis makes the ultimate sacrifice serving as a meal for its female, or the male makes its escape flying away to safety and died between 2 to 4 weeks after fully grown.

As female mantis hatches its egg sack, a sculptural jewel-like half the size of our index finger. And female mantis placed its eggs by the dozens in a carefully braided pattern. And cover the sack with froth that dries and hardens like plaster. After that, its sack is attached to a twig or a trunk of a tree to wait for the warm weather for eggs hatching. And then the female mantis will die within 2 to 4 weeks.

Praying Mantis Bite is harmless to humans, but it depends they can bite, can’t sting. Their bite can also be a hard one. They can attack you under some specific reasons; these may include:

First Reason: When A Mantis is A Large

Every mantis may differ from other mantises. The maximum size of a mantis is about 6 inches long. Small mantis can’t bite, but big-sized mantis can bite you because they have a unique way to come in an attack mode. They start fanning out their big wings by standing straight on their hind legs. If you see a mantis at that position, you have to run away because it’s a sign to show their strength and fearlessness. But some mantis has a different way of attacking, they produce a loud hissing sound to intimidate the predator, and they can bite you no matter how clever you are. If you see them in that position, you have to leave the mantis for a while.

Second Reason: When It Considers Your Finger as Prey Thing

If you fight them from their front side, they would see your finger as a prey item. If you want to protect your finger, you have to hold it in its front two legs. But it is suggested that you have to wear gloves before grabbing it so that you can be saved from pest allergies. But if you are mistakenly getting eaten by the mantis, then it’s not as bad as it sounds.

Female Praying Mantis Bites are deadly love for eating their prey alive. They are one step 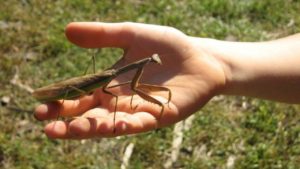 ahead as compare to male mantis. They also have cannibalistic tendencies, which lead them to decapitate and consume their male partner before or after courtship. This act is stated as ‘sexual cannibalism.’ It is also found that if female mantis bites off a male mantis’s head, lays more eggs.

People usually like Praying mantis as pets. Even it is common in pets store, they store mantis and sell them. If you want to keep mantis in your home as pets. You have to follow some specific necessary steps. These may include:

A container for mantis

Mantis can fly fast as the wink of an eye, so for placing them into the container, you need 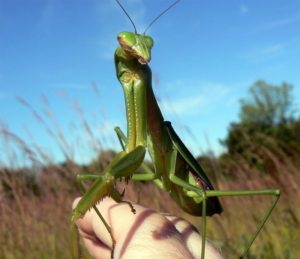 extra care. You should place a mantis with a lid. The lid must have holes, and it is suggested the holes must be smaller than the size of mantis so that they can breathe without difficulty. Also, you need to care, the box should not be too big or too small.

If you want, they grow fully you have to provide them an entirely natural environment. To do that place a couple of plants in the box to make them feel they are living in a natural environment because they are natural habitats. You can get the same colored plant as the color of the mantis.

These insects usually live in a high-temperature environment. If you belong to a heated area, then you don’t need to arrange a heated environment. But in winter or if you are living in cold areas then it is essential for their well-being, for this purpose you can get room heaters or low power heat pads also they are reasonable options.

Just like other insects, Praying mantis needs food. To this, you would have to arrange their natural food. You can feed them pinhead crickets and small files.

Every living-body needs water to live, just like that Praying mantis is also needed water. To fulfill its water need you to have to take a spray bottle, pure some water into a bottle and spray it in the container. Spraying at once in one day would be sufficient.

Overall, Praying Mantis Bites are not dangerous for human. But if someone is dangerous for praying mantis, then they can defend their selves. So, you have to be careful in this situation. If you have any questions in mind, leave a comment below! Keep visiting for more exciting information. Thanks!

Sure, love can break your heart. But if you’re a male praying mantis, it can literally eat you alive. During mating, the female bites off his head… and then devours his corpse for nourishment.