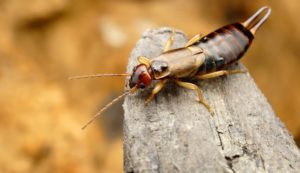 Earwigs have a misconception they are dangerous insects. They name the earwigs based on different origins. Some believe earwig is a name derived from European language where they called it ear wiggler or earworm. The earwigs have also gained fame from the historic movies where they are dangerous. People usually fear that earwig bite commonly appears. However, this is not true most of us cannot distinguish between earwig bite and mosquito bite. According to medical science, they also believe … END_OF_DOCUMENT_TOKEN_TO_BE_REPLACED