Dragonflies are insects that evolved around 300 million years ago. There are around 5000 species of dragonflies which belongs to Odonata order i.e.toothed one. These dragonflies live in the temperate zones. They stay mostly near water such as canals, lakes, ponds, rivers, swamps, and streams. Each dragonfly stays alive for six to seven months. Dragonflies are large creatures which have eyes near their head. They have wings i.e. forewings along with the hind wings. The wings spread out when the … END_OF_DOCUMENT_TOKEN_TO_BE_REPLACED 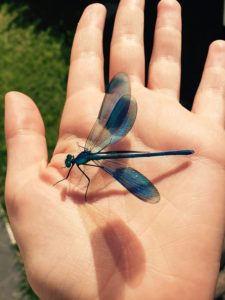 Once upon a time, when the world pollution levels weren’t reaching the sky, dragonflies were found in every nook and corner of a tropical city. Seeing a dragonfly is a rare but beautiful sight now. These pretty and unique creatures are mysterious. Do we run away from them or do we get closer to observe the fine details on their wings and bodies? Do dragonflies bite or sting? And if they do, is a dragonfly bite lethal or dangerous? Does a dragonfly bite hurt? These are questions you’ve most … END_OF_DOCUMENT_TOKEN_TO_BE_REPLACED